International Overdose Awareness Day, tomorrow on 31 August, is an opportunity for people across the globe to reflect on the many lives being destroyed by opioids, and the grief of their loved ones. Synthetic opioids are driving a record-high surge in fatal overdoses. With deaths caused by opioid misuse climbing to greater than 92,000[i] last year, it’s more important than ever to consider how we can prevent more broken lives.

The significant rise in opioid overdoses over the past several years have been widely caused by heroin, illicitly manufactured fentanyl (IMF), and fentanyl pressed counterfeit pills sold as oxycodone and benzodiazepines. Stimulant abuse has also been a contributing factor to reported overdoses due to the high purity and potency of illicit methamphetamines (also known as “crank” or “ice”) and cocaine.

Synthetic opioids involving illicitly manufactured fentanyl are flooding the US – they’re cheap, easy to get, and deadly. Fentanyl deaths are rising sharply according to preliminary data[i] from the Centers for Disease Control and Prevention, with overdose deaths involving opioids reaching 69,710 people in 2020, a sharp increase from 50,963 in 2019. 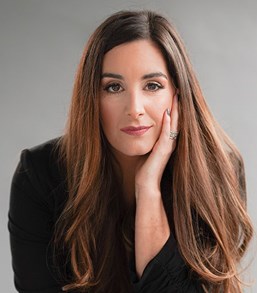 Geri-Lynn Utter, PsyD., Medical Liaison at Orexo, describes how “dealers are lacing drugs, including marijuana and stimulants such as cocaine, with fentanyl. People don’t always know what, or how much they’re taking, which is leading to unintentional overdoses.”She adds, “the opioid epidemic was sparked due to the overprescribing of pain medication in the mid to late 1990s. Today, many of those individuals who started out abusing pain medication have turned to the streets to continue to support their opioid addiction, often times changing their opioid of abuse from pain medication to heroin and fentanyl.”

Fentanyl is a powerful synthetic opioid that’s often prescribed to treat severe pain, for example during childbirth or end of life care. It’s up to 100 times stronger than morphine[ii]. This increases the risk of fatal overdose and may require increased doses of rescue medication.

It’s hard to pinpoint why and how addiction starts. There are many contributing risk factors.

Problems can start in utero, with babies born dependent on opioids into chaotic circumstances. Infants’ brains are at risk of becoming hard-wired to respond to the toxic stress of their environments, characterized by instability and unmet needs.

Emotional abuse and neglect in childhood put individuals at greater risk of following the same trajectory as their parents.

As a clinical psychologist, Geri-Lynn works with individuals struggling with opioid misuse and severe mental health concerns. She says, “there are many risk factors, including abuse (physical, verbal and sexual), trauma and the wider social determinants of health, such as poverty, lack of education and homelessness.”

The Covid-19 pandemic has exacerbated the opioid epidemic, with people turning to substance misuse as a way of coping with the added stress and uncertainty. Tragically, people struggling with addiction are more likely to get Covid-19[iii] and to die from it, because they’re highly vulnerable.

It’s also important to recognize that addiction does not discriminate – it has no concern for socio-economic status, educational level, race, or religion. Anyone can become addicted.

Individuals with an addiction are also at increased risk of polysubstance abuse issues, often including alcohol.

Opioids stimulate the reward system in the brain

Addiction causes changes to the brain’s neurology[iv] that contribute to the transition from experimenting with opioids to becoming addicted to them.

Opioids activate the brain’s reward system, releasing endorphins that make the user feel good. As they wear off, the individual is incentivized to take more to achieve the same state.

This over-activates the brain’s reward system, making the withdrawal symptoms stronger and reinforcing dependency behaviours. After a while, tolerance occurs, when someone needs to take a higher dose or take it more often to get the same effects.

In the 2020 Opioid Taskforce Progress Report[v], the AMA state there are around 2 million Americans living with an untreated substance use disorder and this could rise still further unless more is done to help.

During a recent interview[vi], Dr. Nora Volkow (Director of the NIH’s National Institute on Drug Abuse) referenced the neurobiology of addiction when she said that substance use disorders are, “… a disease that requires intervention and support for recovery.”

President Biden echoes this perspective, having made it clear in his Statement of Drug Policy Priorities for Year One[vii] that tackling the overdose and addiction epidemic is a significant priority for his administration.

The Office of National Drug Control Policy (ONCDP)[viii] is expanding access to evidence-based treatment as part of a public health approach to reducing substance misuse, addressing the causes as well as the consequences of opioid addiction.

Changes are already being felt, with multiple activities happening on both federal and state levels to improve equitable access to treatment.

As an example[ix], patients taking methadone now benefit from greater flexibility, with the option to take doses to last them up to 28 days rather than the daily supervised doses that were required before.

Telemedicine consultations are more readily available since the Covid-19 pandemic began, and recently even innovative digital therapies are being introduced, benefitting people who find it difficult to attend appointments or need to travel long distances to qualified healthcare providers.

Reflecting on the changes, Geri-Lynn says, “it’s heartwarming to see high-level policies growing green shoots of change. It brings hope that individuals struggling with opioid addiction will receive the treatment they need and, with the right support, find a happier and healthier future.”

About Orexo
Orexo develops improved pharmaceuticals and digital therapies addressing unmet needs within the growing space of substance use disorders and mental illness. The products are commercialized by Orexo in the US or via partners worldwide. The main market today is the US market for buprenorphine/naloxone products, where Orexo commercializes its lead product, ZUBSOLV®, for treatment of opioid use disorder. Total net sales for Orexo in 2020 amounted to SEK 664 million and the number of employees was 138. Orexo is listed on the Nasdaq Stockholm Mid Cap (ORX) and is available as ADRs on OTCQX (ORXOY) in the US. The company is headquartered in Uppsala, Sweden, where research and development activities are performed.

You are now leaving Orexo.com to visit Zubsolv.com a US prescription product site intended for US residents and healthcare professionals. Continue or Return.

You are now leaving Orexo.com to visit Rise-us.com a US disease management site intended for US residents and healthcare professionals. Continue or Return.

You are now leaving Orexo.com to visit Orexo's US subsidiary Orexo US Inc's website us.orexo.com.